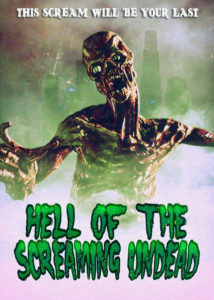 It’s the summer of 1988 and a powerful, unknown virus from New Guinea hits the streets of Los Angeles, turning everyday citizens into flesh hungry, screaming corpses! Tough-as-nails ex-con, Buzz (Ferguson), and his former cellmate, Earl (Cole), escape the city and take refuge deep in the Angeles National Forest, along with two female captives. With the threat of impending doom upon them, it isn’t long before tensions rise and there’s a violent showdown between not only an army of the undead, but each other as well!